Mathematical Foundations of the Relativistic Theory of Quantum Gravity

Abstract: Starting from the action function, we have derived a theoretical background that leads to the quantization of gravity and the deduction of a correlation between the gravitational and inertial masses, which depends on the kinetic momentum of the particle. We show that there is a reaffirmation of the strong equivalence principle and, consequently, Einstein's equations are preserved. In fact, such equations are deduced here directly from this approach to Gravity. Moreover, we have obtained a generalized equation for inertial forces, which incorporates the Mach's principle into Gravitation. Also, we have deduced the equation of Entropy; the Hamiltonian for a particle in an electromagnetic field and the reciprocal fine structure constant. It is possible to deduce the expression of the Casimir force and also to explain the Inflation Period and the Missing Matter, without assuming the existence of vacuum fluctuations. This new approach to Gravity will allow us to understand some crucial matters in Cosmology.

1. Generalization of Relativistic Time
2. Quantization of Space, Mass and Gravity.
3. Quantization of Velocity ( c the Universal Reference Speed)
4. Quantization of Time (quantized spacetime—space and time being granular, not continuous, at its smallest scales)
5. Correlation Between Gravitational and Inertial Masses
6. Generalization of Lorentz's Force
7. Gravittoelectromagnetic fields and Gravitational shielding
8. Gravitational Effects produced by ELF radiation upon the electric current
9. Magnetic Fields affect gravitational mass and the momentum
10. Gravitational Motor
11. Gravitational Mass and Earthquakes
12.The Strong Equivalence Principle
13. Incorporation of the Mach's Principle into Gravitation Theory
14. Deduction of the Equations of General Relativity
15. Gravitons: Gravitational Forces are also Gauge forces
16. Deduction of Entropy Equation starting from the Gravity Theory
17. Unification of the Electromagnetic and Gravitational Fields
18. Elementary Quantum of Matter
19. The Casimir Force is a gravitational effect related to the Uncertainty Principle
20. The Shape of the Universe and Maximum speed of Tachyons
21. The Hidden Mass and explanation for red-shift anomalies
22. The Expanding Universe is accelerating and not decelerating
23. Gravitational and Inertial Masses of the Photon
24. What causes the fundamental particles to have masses?
25. Electron's imaginary masses
26. Transitions to the Imaginary space-time
27. Superparticles ( hypermassive Higgs bosons) and Big-Bang
28. Deduction of Reciprocal Fine Structure Constant and the Uncertainty Principle
29. The Inflation Period
30. The Origin of the Universe
31. A Solution for the Black Hole Information Paradox.
32. A Creator's need
33. The Origin of Gravity and Genesis of the Gravitational Energy
34. Explanation for the anomalous acceleration of Pioneer 10
35. New type of interaction
36. Allais effect explained


Abstract: It is shown that the gravity acceleration just above a chamber filled with gas or plasma at ultra-low pressure can be strongly reduced by applying an Extra Low-Frequency (ELF) electromagnetic field across the gas or the plasma. This Gravitational Shielding Effect is related to recent discovery of quantum correlation between gravitational mass and inertial mass. According to the theory samples hung above the gas or the plasma should exhibit a weight decrease when the frequency of the electromagnetic field is decreased or when the intensity of the electromagnetic field is increased. This Gravitational Shielding Effect is unprecedented in the literature and can not be understood in the framework of the General Relativity. From the technical point of view, there are several applications for this discovery; possibly it will change the paradigms of energy generation, transportation and telecommunications.

4. Decreasing of inertial forces on the Gravitational Spacecraft.

5.Gravity Control inside the Gravitational Spacecraft.

11. Generation and Detectation of Gravitational Radiation.

Abstract: A New concept of spacecraft and aerospacecraft flight arises from the possibility of electromagnetic control of the gravitational mass. The novel spacecraft, called Gravitational Spacecraft possibly will change the paradigm of Transportation. Here, it will be described its operation principles and flight possibilities. Also it will be shown that others devices based on gravity control such as the Gravitational Motor and the Quantum Transceiver can be used in the spacecraft, respectively, for Energy Generation and Telecommunications.

Microgravity allows new materials to be developed which can not be made on Earth due to gravity. These new materials can be used to speed up future computers, reduce pollution, improve fiber optics, and enable medical breakthroughs to cure diseases.

In the Appendix of the paper The Gravitational Spacecraft, we show how to use the Gravity Control Cells (GCCs), in order to create longer-duration microgravity environments. Since, just above a GCC the gravity can be strongly reduced (down to 1µg or less).

This possibility appears to be absolutely new and unprecedented in the literature since longer-duration microgravity environments are usually obtained via airplanes, sounding rockets, spacecraft and space station.

Invention Patent:
“PROCESS AND DEVICE FOR CONTROLLING LOCALLY THE GRAVITATIONAL MASS AND THE GRAVITY ACCELERATION” 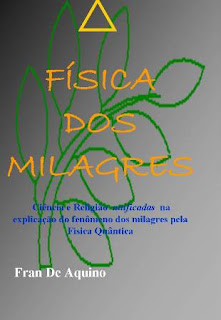 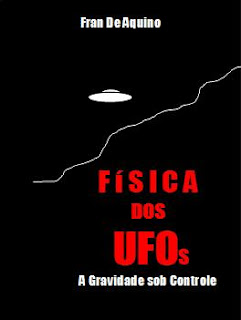 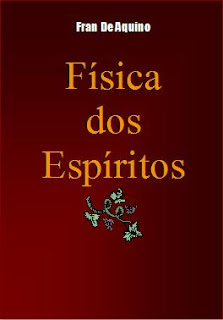 Prof. Fran De Aquino
S.Luis, MA, Brazil
I am a Physics Professor at the State University of Maranhao (Brazil). After thirty years of research I have shown that the gravity can be quantized. In discovering the quantization of gravity, I made true an old dream of the Quantum Physicists - to obtain a Quantum Theory for Gravity. This theory opens doors for gravity control technologies and the G-energy, the energy of the future that possibly it will change the paradigms of energy generation, transportation and telecommunications.